Hello, Royal Dutch , are you there ?

One day, during the days there used to telephone ringing,  the telephone rang.

R.D.E*: “Hello, this is the royal Dutch embassy calling”

R.D.E.: We are calling because we have a request for  Dutch Identity cards and passports for your children..

( listing them) made by their Dutch father.

R.D.E.: We ask whether it is alright with you ? 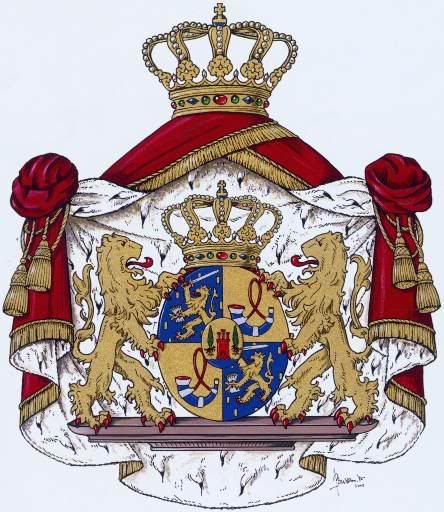 : ( well , a Dutch passport  did not do much  Anne Frank but what the hell…)Ok, alright, i agree.

R.D.E: we only ask because we really want to be sure this is what you want so we need you to sign the passport request and send it back to us as soon as possible. is that alright?

( cheerful voice with a heavy accent full of ch..coughing guttural   like sounds)

We all thought he was a prince, he came into the family with an aura ,an indication of radiant light drawn around the head of a saint..

He stood tall and proud of his pedigree, and who wouldn’t ?

A grandfather who owned buildings in Amsterdam in a central good location, ( later on i would discover , much much later on ) another grandfather who was a doctor ( shot by who? the mystery continues to haunt my mind, which side was he on, but my mother before she died said sadly, “I am afraid they were not on our side “…a possible hint should have been when he had said, “My grandfather was killed during the war , he helped people BUT NOT Jews…what other people were there to help? Gay? gypsies? Moslems?who else was in dire danger ? the insane? )

He stood tall and proud of his pedigree , a prince, a Dutch prince, and who would not be proud ?

We , refugees of the Austrian -Hungarian empire, tossed out, told to scrub the sidewalk in Vienna by the opera house, told to line up in cattle cars and sent to Poland ( i don’t know what would be worse) we , hated, despised, blamed for every thing that is wrong in the world, even Dr. Freud was forced to write a letter recommending the gestapo so he could escape a torturous death, stating cynically that he  highly recommends the gestapo , to whom? the Masochism is the practice of seeking pain because it is pleasurable, named for Leopold von Sacher-another Austrian- Hungarian ..ah the gestapo,The Gestapo (German pronunciation: [ɡeˈstaːpo, ɡəˈʃtaːpo]  abbreviation of Geheime Staatspolizei, or the Secret State Police, was the official secret police of Nazi Germany and German-occupied Europe.

we , fools that we were, really only my mother and i , my brother and sister in law saw  in the Dutch prince a golden  opportunity to unload the risk i might be to their inheriting the fortunes my parents had managed to gather , living a simple life of no pleasures…

“What a prince!” my  Spanish jewish  sister in law said with stars in her eye, only the stars were really dollar signs…ah, she must have thought, the messiah has come and at last will take away this space oddity, this woman who refused to conform to our wonderful ways of family, marrying, procreating, celebrating our traditions in huge loud meals of sacrificed meat, ah, at last he has come, and we will be rid of her..who always seems to contradict our ways of greed and gathering around barbecue meat..

Can i look at the children sleeping ? The Dutch prince asked and we walked in my brother’s children’s bedroom furnished with beds he got a discount for using my returning Israeli tax deduction for purchases forcing me to sign a false declaration that i was buying those beds for myself the minute i landed on Israeli soil all the way from civilised Boston..

Ah, the Dutch prince said, looking at the soft brown curls of my well washed niece and nephew, ah, children! I just adore children! and i smiled uncomfortable , unused to loving anything without four legs and a tail..ah, children…i want to have children so much..

Not that i grew up with an indifferent father, quite the opposite, my father spent a lot of time with me, though i recall he also spent time with my older sister hitting her and slapping her to submission, and i don’t know what for? my brother was spared any hitting, because he was the son and heir, and i recall my mother would participate in the tribal ceremony by throwing shoes…years later i wonder why it was necessary to hit my sister, what did she do? she had very pale skin and long blond hair and played piano and wrote stories and won awards in school so why did i witness her being beaten up brutally ? i don’t know ..it did not happen often but i know that i got hit by her for not getting hit so yes, i was looking forward, to say the least to marrying someone outside of the tribe, like the jews in Ukraine had thought when the Nazis invaded, how can it get any  worse?! they welcomed the Nazis because they did not think anyone could be worse than the local Ukranians and their love of pogroms but sometimes, i learned, it can get worse..but then it might get better..once you get rid of both , if you ever really do..

Ah, the Dutch prince who absolutely had to have everything his way, his wedding, his friends, his ways, his food, his damn Dutch food , the marmite that stank , the potatoes so many potatoes , peeled and served..and the mother, ah the Dutch queen mother, calling at all hours and reporting her latest findings from her visit, no doubt listing my many faults, her calvinistic frowns, and tight bun, her never ONCE failing to be dressed with silk stockings , and good shoes, and always no matter what the time is pearl earrings in her ears..never caught less than dressed to attend the royal festivities or serving the king, the pasha, the head of the family, fetching his slippers, bringing him his dinner, always exactly on time!

Ah, the Dutch prince, the man of the Netherlands who became the neanderthal man , Royal Dutch embassy , are you still on the line ? are you still listening ?

Then one day, shortly after the Dutch princess was born , the Dutch prince became very anxious and worried and began to take her limp helpless body and carry it so much like the royal gorillas in the royal Dutch zoos must carry their offsprings, far far away from the contaminated influence of the foreigner who only served to produce what the royal Dutch prince could not produce himself, EGGS; human eggs that would turn to heirs, royal Dutch heirs..

Hey, Royal Dutch embassy, are you still there on the line?

Yes, i will sign the documents, the children can have a Dutch identity and passport.

*Note: The story is based on a  subjective point of view .

a seagull flying over the great ocean of life observing.
View all posts by seagullsea →
This entry was posted in a letter to the stars, a stranger in paradise, adaptation, anger outlet, anti perfectionism, European life, fake vs. real, family life, jewish survival, kindness 101, life choices, life lessons, meandering thoughts, memories are made of this, mindfulness, story telling, survival, Uncategorized. Bookmark the permalink.