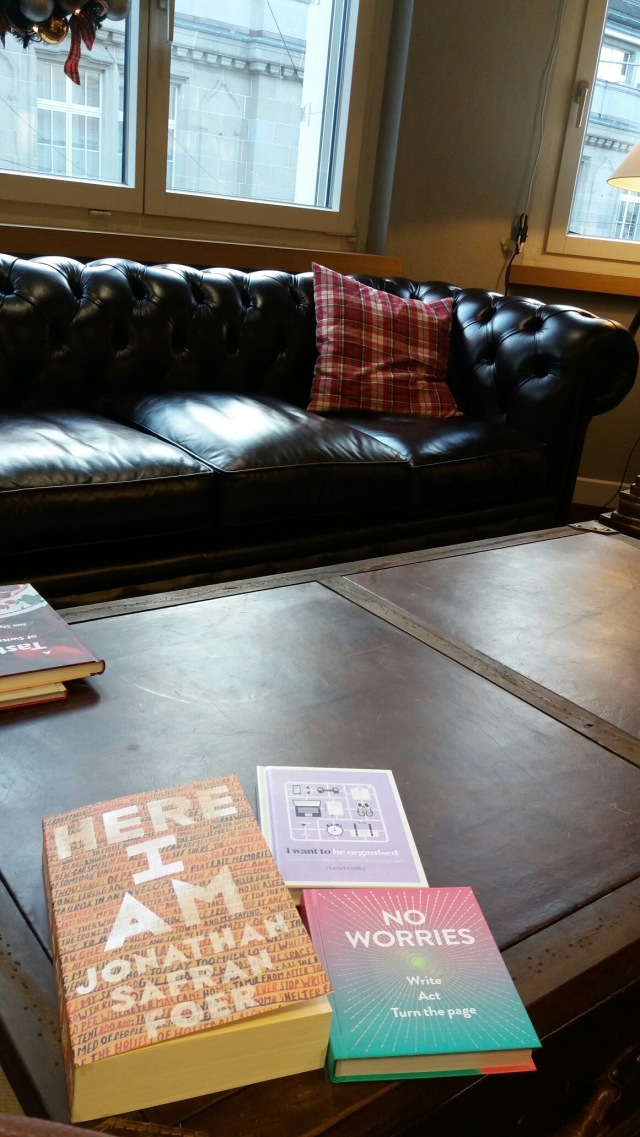 “When the destruction of Israel commenced ,Isaac Bloch was weighing whether to kill hilmself or move to The Jewish home.He had lived in an apartment  with books touching The ceilings,and rugs thick enough to hide dice;then in a room and a half with dirt  floors;on forest floors,under unconcerned stars;under the floorboards of a Christian who,half a world and three quarters of a century away,would have a tree planted to commemorate his righteousness;in a hole for so many ways his knees would never wholly unbend;along Gypsies and partisans and half decent Poles;in transit,refugee,and displaced persons camps;on a boat with a bottle with a boat that an insomnia agnostic had miraculously constructed inside it;on the other side of an ocean he would never wholly cross;above half a dozen grocery stores he killed himself fixing and selling for small profits;beside a woman who rechecked The locks until she broke them,and does of old age at dirty two without a syllable of praise in her throat but The cells of her murdered mother still dividing in her brain;and finally ,for the last quarter century,in a snow -globe-short Silver Spring split-level:Dan pounds of Roman Vishniac bleaching on The coffee table;”Enemies,a love story”demagnetizing in The world’s last functional VCR;egg  salad becoming bird flu  in a refrigerator mummified with photographas of gorgeous ,genius,humorless great-grandchildren”

-“Here I am”/Jonathan Saddam Foer
The first person I happened to have spotted on the third floor of the large Swiss book shop  had just happened to have been a thin man wearing a dark skullcap.

A conversation  ensued that could basically be summed up as the following;

The Jewish man was originally from New Zealand,he had never heard of Jonathan Safran Foer.

A recent visit to Israel has been spent in Ceasarea..playing golf and listening to lectures.

Regarding the Jewish state,he would have considered emigrating ,he confessed,had he found a way to provide for his family.

A large big boned bovin bespectacled blond woman called Yvonne,the only name shared with this  stranger ,follows me obediently to the fiction section (we all met at the philosophy section)

The large blond woman who towers over her thin bespectacled dark haired black skullcap wearing husband left with the three sheepish children,accepts the new novel written by Jonathan Saddam Foer as i place it in her hands, she flips open the book and almost immediately shuts the book  and returns it to the shelf seeking her sheep like children as though they are in danger of being kidnapped by  a secular intelligence in the form of books,  and i think of the sentence embedded in my brain since the days of  post graduate school pitiful  teachers seminary one year program for academics in Israel

“The poor get more poor and the rich more rich” , said professor Feuerstein, whose family name would be translated to Flintstone, like the popular cartoon series i used to watch as a child..which means in Education that those who read and study more , do better in school and those who have not so much access to good education and good books, do poorly , both extremes follow their inclination, as did the cow like woman who closed the treasure i had placed in her hands.. ok, he is no shakespeare, not even Roth, but he did write words that smell honest and true and express emotions, something obviously missing with the swiss cow and New Zealand pious jew. The bible must be enough for them except the parts where it says to guard, protect and sanctify Jerusalem,for those types of jewish people, golf is more important than sanctifying the lord’s holy land..they have more in common with soon to be former  president  Obama than with people like me who love good writers, and especially those who feel their way into their ethnic identity through writing well chosen words about the chosen people.

“Here I am”-Hineni-Leonrd Cohen’s last album and The portion of the bible he had researched,is held by the large how like bespectacled  blond in a long jeans skirt…oh,how those types long to be part of a well labeled group;modern orthodox, and I conclude Jonathan Saddam Foer and I definitely  do not fit in nor does my short soliloquy about how Jewish education does not prepare Jewish children  for the challenge being a jew is.

I find myself pimping Jonathan  Saddam Foer to the wrong audience;I do not know too much about those people but jews who attend a Jewish vacation in an area famous for recovered Roman archeological artifacts and claim that can not afford to live in Israel ,playing gulf in the holy land,are probably a lot more confused about life than me..

It is a working assumption of my children and I that I am a very lost person who holds on to books the way a blind person holds on to a Labrador retriever. .

Sometimes writers are confused  people too,actually more often than not ,howevera good writer has an honesty the New Zealander  married to the large blond Swiss cow seems to lack;people like them will never have enough money to live in Israel because their priorities will be playing gulf,driving large cars,and wearing a mask of certainty  in a world where confusion can be the only way out of the fog.

Jonathan Saddam Foer ‘s most well known novel was “Everything is illuminated “-an American vegetarian jew in search of his family roots in antisemitic Ukraine.The film was an excellent  interpretation of the novel includes a character of a shelter  dog and was considered a prerequisite in my school of Jewish identity for children of mixed parenting and mixed up ideals.

“While they’ve been coaxing Jacob’s grandfather into a retirement home,bracing themselves for a family reunion and struggling to keep their eldest son from being expelled,a discovery is made that risks destroying their marriage.

As domestic crises multiply in the foreground ,a global disaster is looming on the horizon.The Bloch family is collapsing and so is the middle East,where a catastrophic earthquake sets in motion a quickly escalating conflict-and every man,woman and child must decide where they will stand”

“Here I am” is a great American novel for our times,a masterpiece about how we live now.”

I am just beginning to read this novel.apocalyptic as only the young love,and the new internet prophets of doom online ..But I see the light of an artistic  truth whose intention is to express something of a need to communicate  too many are in denial they need..
Peace love and light 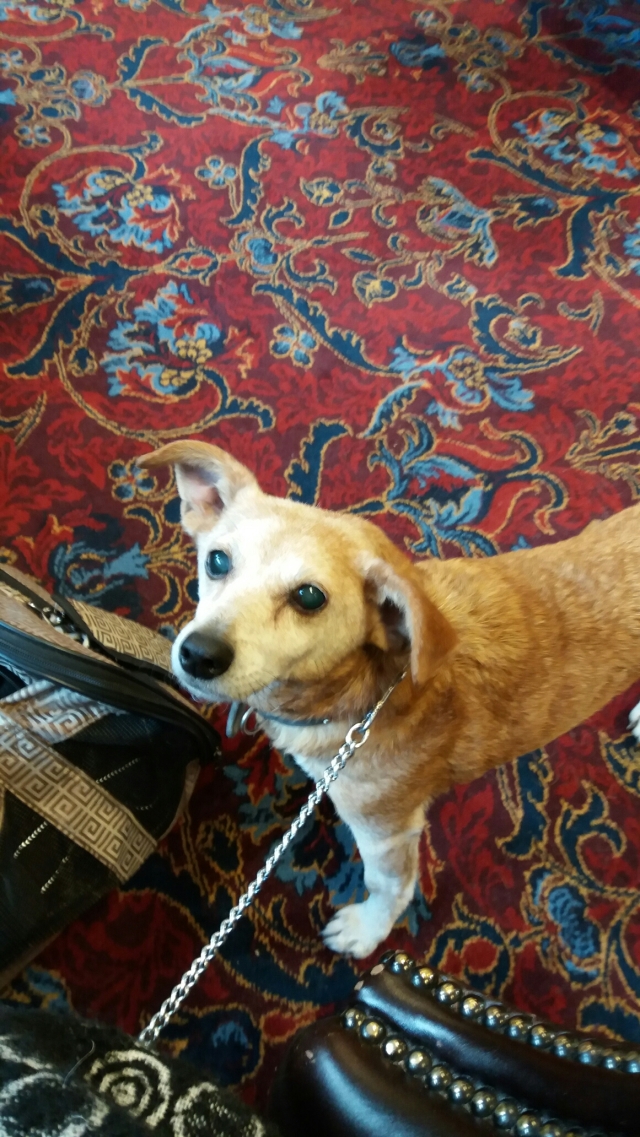 and one last bone to pick,What is the meaning of the deep fear so many orthodox Jewish children have of dogs like mine?small and barking?

Is that a metaphor of the greater fear religious jews in exile have allowed to lead their lives?me included?!

a seagull flying over the great ocean of life observing.
View all posts by seagullsea →
This entry was posted in book report, Uncategorized. Bookmark the permalink.