The fundementals of caring: the film and life

It’s not so much about caring as how you learn from other people .

The lessons taught are important to remember:

“The lesson that THE FUNDAMENTALS OF CARING opens with is “ALOHA,” an acronym standing for Ask, Listen, Observe, Help, Ask Again. These are the titular fundamentals given to Ben (Paul Rudd), a retired writer trying to cope with his own loss by learning to care for others. It’s also the roadmap for the trip we are taken on in writer/director Rob Burnett’s adaptation of Jonathan Evison’s novel The Revised Fundamentals of Caregiving. As the course instructs Ben that he will be unable to take care of others unless he can take care of himself, the film telegraphs from an early stage that he will be the one that needs just as much caring on this predictable, albeit disarmingly warm, road movie.spoiler’s alert but oh, no, i will provide all the details it is not the plot that makes this film in my opinion amazing and full of hope and inspiration, it is the acting, especially by the two leading male roles ; Paul Rudd has risen to a new level, he depicts the personality of a man who had undergone losses and is burned out and a handicapped who is far more healthy than his caretaker, and both learn from each other the fundamentals of caring. “

The plot will be listed below, if you don’t want to know it, there will be a warning! 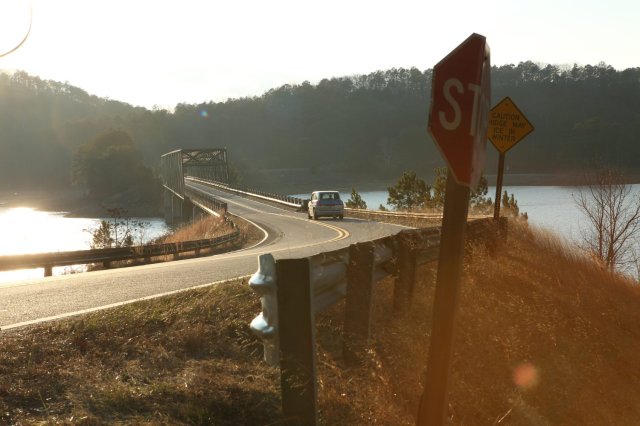 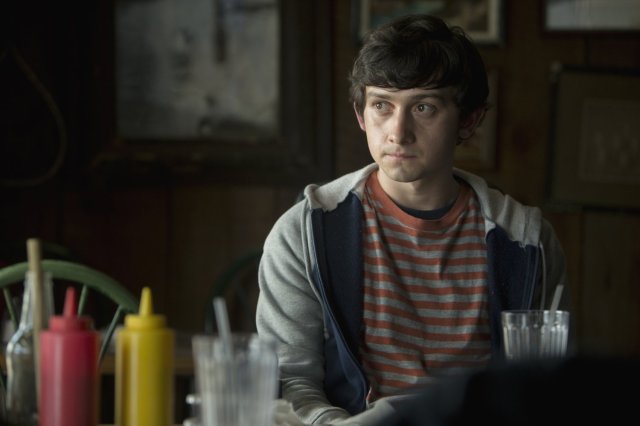 This film is such a wonderful gift to people who are recovering from a loss and it also touches upon very real and true experiences of people who provide and receive care; it goes both ways.

This is both a road film and both a movie about loss and found, a very intelligent film with humour .

So before i reveal the plot, let me share my conclusions that have been verified by the film:

On a personal note,  yes, i am a caregiver  type, and i have a long history of taking home abandoned kittens, snails anything that is not in a home home.

I will now proceed with sharing my own personal experiences as a caregiver in light of the film i just saw where nothing really terribly goes wrong and everything works out at the end.

so one summer i took a job as a caregiver  of a handicapped Dutch woman wishing at the same time to heal my deep resentment of Dutch culture since my children are half Dutch; the professional relationship which was supposed to be helping an artist with art material had  turned out to be a 24 hour night mare where i had no limits and was exposed to so much stuff, i was a psychologist on call without limits except the time i took to walk the dog, and i felt grateful to help a person who has such a difficult life situation had she not abused my good nature and did not stop ringing that bell at night therefore causing me deep sleep deprivation and on top of which there was an incident with a male caregiver that she had accused of abusing her that left me wondering was she telling the truth or was this part of some theatrical show since she clearly made up things like that he stole from her, i had searched and found the  items  she  had claimed were stolen by a carribean man caretaker  ( Dutch racism ?! well i had experienced that first hand, i had a good black friend to whom my former Dutch mother in law did not react favourably  not to mention antisemitism but lets give the rest of the Dutch a chance to prove themselves ) who had obviously a lot of emotional issues but did not steal anything nor did he bang up her car like she said so  i was really not motivated to continue caring, i felt that the woman had issues way beyond her being a handicapped, she overwhelmed me with information and did not seem to do anything but seek attention and caring and did not care one bit about my life or even the dog’s , just what we could do for her.

Another experience taking care of animals was an awakening that i care too much, the owners left rabbits on a balcony in winter without enough food and i was constantly worried a winter storm would harm them and went there far more often than agreed..there was no cage for indoor dwelling and i found myself constantly wishing for good weather, and fortunately during those two weeks of their absence no snow fell and no heavy winds shook the balcony but i ended up buying the rabbis fresh carrots apples and hay which was not part of the agreement, i also took care of the plants but received no thank you note , i learned my lesson, i did it for the rabbits not the owners but next time i will make sure that everything is clear and that i dont have to provide for other people’s pets, the same with the handicapped lady who paid too little for a 24/7 job in which i found i could not give her limits and say no and i think she knew it and abused it.

It is not just my career as a caretaker it is also as a friend, i find i am unable to give limits and too often found myself giving far more than i had received which would not be so bad had it also not depleted my energy and taken away my ability to trust human beings. I learned that with dogs you can not lose, dogs never ever take more than they give so i try to stick to dogs when care giving, they are always so grateful, at one point i met a mentally unbalanced woman who could not get up in the morning she said, and i ended up walking her two very high energy jack russels then there were FOUR, then she booked a flight to come and spend the holidays with me, at which point i pulled the plug and deleted the contact. It was a rude awakening to my tendency to care too much.

This film is not about caring too much, it is about how one can learn and receive from another strength and wisdom and coping mechanism and i do wish that in life it would be that simple, but it very often is not that clearly defined.

It is a good film anyway and it does give hope that maybe there are people like the characters in the film, but one should never expect people to be what you need them to be, it just does not work like that in life but sometimes there are pleasant surprises…one needs to proceed with caution!

The female figures were not strong but Gomez played a great cynical strong teenager recovering from loss . It is sort of like the Wizard of Oz of people with experiences of loss.

Here is the plot for the curious and for those who do not want to spoil the suspense , please stop reading NOW

Ben (Paul Rudd) is a retired writer, who lost his son three years ago when Ben parked his car on their steep driveway and the car suddenly rolled down impacting his son, and whose wife is trying to divorce him, but he refuses to return the signed documents. Needing a new job, he takes a six week course to become a caregiver. He gets a job from an English woman named Elsa (Jennifer Ehle), a registered caregiver and bank manager, whose 18 year old son Trevor (Craig Roberts) has Duchenne muscular dystrophy. Trevor is a sardonic, anxious boy with a fascination with American roadside attractions, and Ben suggests one day that they go to see some of them. Trevor initially refuses, and Elsa worries Ben is becoming too close to him, as Trevor’s father left when he was diagnosed, only sending him letters throughout the years. Ben soon finds himself hounded by a court tracker hired by his wife and avoids his visits.

Eventually, Elsa agrees with Ben’s road trip plan, and he and Trevor embark on a journey to the world’s deepest pit. On the way there, Trevor says he wants to see his father, who owns a car dealership in Salt Lake City. Stopping at a gas station, the two meet a girl Trevor’s age named Dot (Selena Gomez), who Trevor develops a crush on. When they encounter her again at a diner later on, they see her attempting to hitchhike, and Ben decides to give her a ride. Dot informs them on the way that she is heading to Denver to restart her life, and that her mother has died. As the three bond, especially she and Trevor, Ben notices a car that has been following them, and tells the two of it at a motel. He believes it is someone sent by his wife.

Further down the highway, the three find a pregnant woman named Peaches (Megan Ferguson), whose car has broken down. She is heading to live with her mother before the baby comes, as the father is currently on his second U.S. military tour. They give her a ride as well, and when they stop for the night, Trevor asks Dot on a date, which she accepts, and the two go to the diner across the street from them. Ben and Peaches watch through from the motel through the diner window, and can see it is going well. The next day, the four make it to Trevor’s father’s car dealership. When he meets with his dad, he informs Trevor he never wrote him letters, and that it was his mother this whole time, and his father stays distant. Outraged, Trevor berates Ben and tells he wishes to go home, but Dot insists they continue to the world’s deepest pit.

The group eventually makes it there, in awe of the abyss. Trevor, Dot, and Peaches head to the bottom, but Ben notices the car that’s been following them. He walks over, and finds it’s not his wife’s tracker, but Dot’s father, who wishes to make sure she’s safe. Ben then receives a call from Dot, who tells him to quickly come down. When he sees a crowd gathered at the bottom of the pit, he worries and finds Peaches has gone into labor. Despite being tormented by the memory of his son’s death, he successfully helps deliver the baby. Peaches thanks him as she and her newborn son are taken to the hospital. In the parking lot, Dot sees her father and walks up to him, the two reconciling. When she comes back, she tells the two she wishes to go the rest of the journey with her father, and the three say their goodbyes, Dot kissing Trevor before she leaves, promising they’ll text. With the assistance of the ambulance staff, Trevor gets to fulfill his wish peeing standing over the pit railing.

Ben and Trevor make it home safely, and having finally coped with the loss of his son, Ben meets his estranged wife and gives her the divorce papers. He continues writing, his next novel being about Trevor. He narrates his writing the last few lines, informing the audience that he eventually quit as Trevor’s caregiver, but the two remained friends. On Trevor’s 21st birthday, Ben went into his room only to find Trevor lying on the floor and his new caregiver crying on the floor next to him. Only to find out Trevor was faking. The caregiver quit the next day.

a seagull flying over the great ocean of life observing.
View all posts by seagullsea →
This entry was posted in film as life lessons, film critique, Uncategorized. Bookmark the permalink.